About Me and About Intestinal Health! 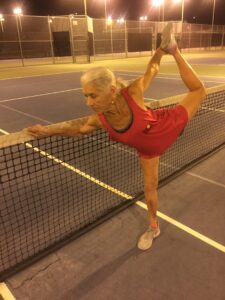 The Intestinal Health Institute focuses on:

What are the principles to keep in mind as we make choices to regenerate?

Some of the principles I learned as I progressed through my healing and regeneration I state below. The key in this age is to understand the principles because then you are able to make knowledgeable lifestyle choices.

One of the big keys to regeneration is that we heal ourselves; we take responsibility for self-healing. No one is going to do it for you. You have to want it and are willing to put in the work! The rewards are fabulous. You feel better!

My particular trials and tribulations are constipation, sensitive skin i.e. eczema, Eating Disorders and migraines. No more migraines and eating disorders. However, I work continuously and successfully to heal the constipation and skin issues. The work goes on one day at a time for the rest of my life. I do not arrive at ‘now I am healed’. Regeneration is a daily and lifetime process.

I help you the most by sharing my knowledge of the gastrointestinal (GI) system and how it affects all our systems and life!

A little bit of my background

I realized I could not heal anything until I got my eating under control.

I could not heal hunger and craving until I got my eating under control.

1966 I received an MA in Education from Stanford University. I now realize the importance of educating people on how to heal themselves naturally. That is the key. I plan to continue a series of nutritional, hydrotherapeutic and movement seminars to support people in their lifestyle transformation.

1971 – I began nutritional changes initially with raw vegan, vegan diet and some fasting.

1994 – BFA in Dance University of Arizona. I realized the abdomen as the core of movement and the central role of the intestines in health and movement.

1994 – I read Breaking the Vicious Cycle by Gottschall MS and moved in the direction of reducing complex sugars (disaccharides lactose and sucrose and polysaccharide grains, beans, starchy roots) and greater use of eggs, meat, fish and dairy. The diet is called Specific Carbohydrate Diet (SCD) and the goal is to heal Inflammatory Bowel Disease however it heals a host of other conditions.

2010 – I read Gut and Psychology Syndrome by Campbell-McBride MD and began to introduce those concepts into the Specific Carbohydrate Diet (SCD) from BTVC.

2011 – I developed workshops and classes on Metabolic Syndrome: Causes and Cures and in the process became a ‘subject matter’ expert on sugar, processed food and metabolism. Markers of Metabolic Syndrome are abdominal visceral fat, fatty liver, high blood pressure, triglycerides, insulin and glucose as well as intestinal inflammation. These markers lead to heart disease, diabetes, obesity, cancer and Alzheimer’s. I support my clients to learn how to heal Metabolic Syndrome naturally through gut nutrition, colon hydrotherapy and detoxification.

2012 – I received Gut and Psychology Syndrome Program certification, a nutritional and lifestyle program that heals and seals the gut and reseeds the good microbes developed by Campbell-McBride MD and specific for neurological disorders such as the Autism and Alzheimer’s. However, the gut is healed before the neurological issues are healed. The protocol heals Inflammatory Bowel Disease and other gut issues first then moves on to the nervous system for healing. The website is http://www.gaps.me/.

2014 – Classes I attended from Thomas Rau MD focused on Biological Medicine and his healing protocols from Paracelsus Clinic in Switzerland. Biolological Medicine is based on detoxification, healing the intestines and rebuilding the body naturally cell by cell.

Your healing is a combination of many factors that include nutrition, movement, and meditation. I can help you with detoxifying, rebuilding and creating a fun plan to regenerate your life.